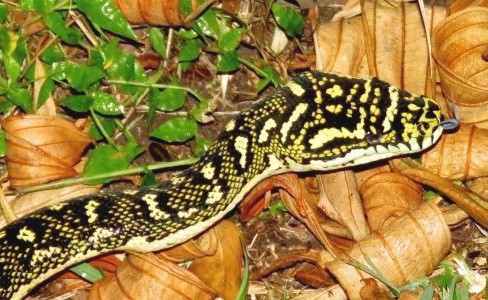 Many traditional cultures and their indigenous languages have words for home-heart-environment relationships, however, it is interesting to note that modern English has very few. I created the concept of ‘solastalgia’ to fill this void and to give expression in the English language to a fundamentally important relationship between people, communities and their home environment. I also feel that we need many more new concepts that recapture the closeness that human animals have with their support environment or habitat. The realm of the ‘psychoterratic’ or positive and negative relationships between human mental health (psyche) and the earth (terra) has to be re-created in the twenty first century.

The solace and comfort gained from a positive and creative relationship to home is conducive to physical and mental health. When the human-nature relationship is spontaneous and mutually enriching (symbiotic) we experience a state of ‘eutierria’ which I define as a positive feeling of oneness with the earth and its life forces (eu=good, tierra= earth, ia= suffix for member of a group of {positive psychoterratic} conditions). By contrast, when the home environment is changed in ways that take solace away and create feelings of distress, the result can be a breakdown in physical and mental health. Solastalgia is the melancholia or homesickness you have when you remain locked in your home environment while all around you, your home environment is being desolated in ways that you cannot control. The existential and emplaced feelings of desolation and loss of solace are reinforced by powerlessness.

Transformation at small scales of human habitation can be liberating for some but a source of melancholia for others. Place-based repair of damaged landscapes, relocation and/or travel were options for negating solastalgia at a time when the scale and pace of life was small and slow. However, when transformative forces begin to undermine the foundations of sustainability for the Whole Earth, there is potential for solastalgia to become a globally significant source of melancholia and distress. We are now living within these global transformative times as we face up to the universal loss of ecosystem health in the form of toxic pollution and a warming climate with attendant climate chaos. Our home, the Earth, is now under siege from one species and its power and we are beginning to suffer self-imposed solastalgia.

Creative writers and artists have always intuited ‘solastalgia’ in varying degrees. Edvard Munch’s ‘The Scream’ was painted in response to the eruption of Krakatoa in 1883. The blood red sky was a product of volcanic dust ejected into the global atmosphere, but Munch produced an archetypal, ecoapocalyptic response in the famous painting. A lesser degree of existential distress at environmental disturbance can also be found in the work of surrealists such as Salvador Dali and his response to the desolation of mind and landscape as a consequence of transformative powers such as war. Romantic and Nature poets such as Wordsworth have also contributed to the theme of the gradual loss of a loved home environment. Contemporary environmental art portrays the loss of species and ecosystems as something more than loss of biodiversity … it also depicts the loss of something vital within us … the negation of the very possibility of eutierria.

The challenge of recognising and responding to solastalgia is now more important than ever. Yes, small scale, local damage is still happening to loved home environments as globalisation homogenises all before its bulldozers, cookie-cutter buildings and neon signifiers of McLandscape. Good people lament the loss of their endemic landscapes as a universally branded global culture obliterates the distinctive and the unique. Urban solastalgia is the distress caused by unwelcome changes to the physical appearance of local and city landscapes, including sensescapes and streetscapes (it is no wonder the graffiti artists want to tag every surface with a reasserted local identity). Rural and regional solastalgia is produced under the impact of mining and agribusiness as they bring unwelcome homogeneity on a huge scale. Humans now possess the power to rapidly change home environments with powerful transformative technologies.

As bad as local and regional neg-transformation is, it is the big picture, the Earth, which is now a home under assault. That Munch feeling is reasserting itself as the planet warms to a Krakatoa-like conclusion. In a greenhouse that is getting hotter, the cryosphere weeps into the ocean and we all get that sinking feeling. As the climate gets hotter, more hostile and unpredictable … we seek solace wherever it is offered. Even virtual worlds depicted in films like Avatar seem better than the one we are creating for ourselves here on earth. We have virtual solastalgia within a film for a world that delivers moments of eutierria but is under assault from the earth miners. We feel elation when the Na’vi win back their planet with the help of human eco-warriors. It would be good if such eutierria could prevail here on the real earth as bad climate change is reversed and genuine moves are made to be sustainable with clean, safe renewable energy and resources. For this to happen, a new social movement based on what I call ‘soliphilia’ will be needed. Soliphilia is the political affiliation or solidarity needed between us all to be responsible for a place, bioregion, planet and the unity of interrelated interests within it. Solastalgia will be overcome only when sufficient of us act in solidarity to defeat the forces of desolation. A cultural and political movement based on soliphilia is now needed to protect the possibility of that wonderful psychological state I call ‘eutierria’ being experienced by future generations.