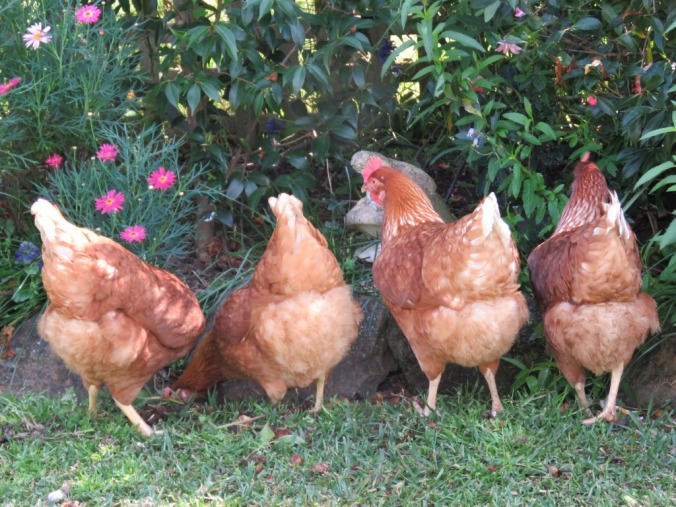 The call “to eat your greens” is good advice from parent to child. Without ‘greens’ as the foundation of what ecologists call food chains, we would not have any sort of food available for sustenance. ‘Green’ is also a term commonly associated with being an environmentalist; however, it is surprising just how many people do not understand the vital connections between green plants, and green people.

By the amazing process known as photosynthesis, green coloured plant cells called chloroplasts are able to harness sunlight (radiant energy from the sun) to convert water and carbon-dioxide within the plant into sugars or usable energy plus oxygen. It is the chloroplasts containing a molecule, chlorophyll, which is where the green colouring in plants and blue-green algae comes from. It’s easy being green … if you are a plant.

Green people understand that the energy that drives all complex life on planet earth comes from the sun and green plants. Green people also understand that over deep time, life on earth has evolved to produce great diversity, some of which sustains itself by eating plants. However, if the biodiversity of the earth consisted of nothing but plants and plant eaters, then photosynthesis could be put at risk by too many vegetarian mouths. Fortunately, evolution also gave us the predators of plant eaters, the carnivores (including a few carnivorous plants). The famous American environmental philosopher Aldo Leopold once remarked, “I now suspect that just as a deer herd lives in mortal fear of its wolves, so does a mountain live in mortal fear of its deer.”

What Leopold meant by this statement was that without some countervailing force, an overabundance of herbivores will destroy the very ecosystem (e.g., the mountain range) they require for sustenance. The question of balance in ecology or the complex spatial relationships between the elements in living systems is hugely important for sustainability. Together, these diverse components all work together to make sure that no one sector of the system comes to dominate the rest. The health of the whole depends on there being a long term balance between the ‘opposing’ parts. There is unity in diversity.

There is another sense in which the question of balance is important. An increasing number of people have a little actual experience of natural systems and little knowledge of the way they work.  This is especially the case with food chains. Our industrial systems of food production alienate producer from seller, seller from consumer and consumer from biophysical reality and do so in ways that reinforce our ignorance of how healthy and sustainable food systems function (See the works of Murray Bookchin on this issue).

The intensive production of red meat, for example, within an industrial monoculture separates grazing animals from pasture in grain based feed lots. Such concentration of large numbers of animals causes a nutrient problem which then impacts on the health of waterways. We forget that naturally broadcast animal manure was once an essential ingredient of pasture and rangeland soil fertility. Pasture is now artificially fertilized by petroleum-based chemical fertilizers that in turn cause nutrient runoff problems into waterways (and climate change). Dead rivers, lakes and whole zones of places like the Gulf of Mexico can no longer sustain life because they are hypoxic or devoid of life sustaining oxygen.

The production of intensively grown vegetables and fruits require huge inputs of ‘cides’ or the killers of life. Herbicides kill plants, insecticides kill insects and fungicides kill fungus. Yet, healthy ecosystems require insects for plant fertilisation and fungi, it turns out, are the bedrock of ecosystems helping plants extract nutrients via their connected networks of mycelium (root-like threads) working in symbiotic association with the roots of flowering plants. Microbiomes are also important as they are at the base of the life relationships that support health ecosystems, and indeed, healthy bodies. Healthy ecosystems, including those of the oceans, require this balance between predator and prey, body wastes and decomposition, the cycling of nutrients and essential elements. Life has evolved within this complexity and becomes impossible without interconnections. If we break symbiotically connected life forms in ecosystems, we break the foundations of life. The loss of insects and birds within eco-agricultural systems world-wide is a sure sign that modern, industrial, intensive agriculture, has got things badly wrong.

When we eat food, we should treat it as a lesson in life and how it is possible here on Earth. Everything we eat can tell us something about how ecosystems work and how they remain naturally healthy. Our organically produced green vegetables tell us about the magic of photosynthesis. Each mushroom is a manifestation of invisible but vital symbiotic work going on under the ground, another form of magic.  The respectful consumption of ethically produced meat should be a lesson in predator-prey relationships and the role of magic manure in soil health. Production methods such as ‘permaculture’ respect the principle of ‘unity-in-diversity’ and give organic food producers and consumers the opportunity to re-unite with life.

By being an informed and ethical consumer of food we can appreciate the ‘balance’ issue in healthy ecosystems and return ourselves from a state of ignorance about food to one of food enlightenment. This is crucial in a period of increasing alienation from the biophysical and the foundations of sustainability.

It is argued by some that we have now entered the Anthropocene or a human dominated period in Earth’s history where we are now the major force shaping events here on earth. By re-educating ourselves about the essence of food, I would hope that we can reject the Anthropocene and put ourselves into what I call ‘The Symbiocene’ or the period of re-harmonisation between humans and the rest of nature. As the saying goes, “you are what you eat” and in The Symbiocene, using sumbioculture, sumbiovores could eat their way into a state of sumbiosity.

Unfortunately, in the grip of the worst excesses of the Anthropocene, we are right now eating our way into non-sustainability. Sumbiotarians understand that eating is a potentially revolutionary act and the revolution starts with children (and adults) overcoming ignorance by eating their greens and other forms of eco-ethically produced food and learning where life comes from and how it is perpetuated in healthy ecosystems. Generation Symbiocene will be green.

2 thoughts on “Sumbioculture in The Symbiocene”